We're Getting Mutants in the MCU - The Loop

Redstone engines are the cheapest of the type of Engine and as such are the least powerful of the three types of engine.

Redstone engines, like all other engines, gain speed as they heat up, which increases their energy output per second. Unlike other engines, they will never explode on running hot. In fact, they produce more power when red and it is not advised to turn them off unless needed.

Like the other engines, the redstone engine can be turned on and off using a redstone signal, and requires an active signal in order to activate.

Break it with a pickaxe to get it back.

The Redstone Engine has 4 different power outputs, depending on how hot it is.  It will eventually heat up and reach the last (best) output.

Redstone engines are most often used for powering things like wooden pipes when it's not necessary to move many items at once. The minimum configuration takes only two blocks: the engine itself and a lever or redstone torch. Redstone engines can NOT be used to power other machines or kinesis pipes.

In addition to wooden pipes, redstone engines are able to power two basic machines directly, the pump, and the mining well, though they require multiple Redstone Engines more running hot to have any effect. 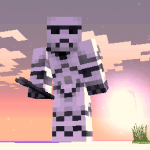 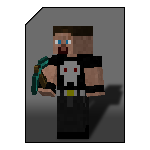